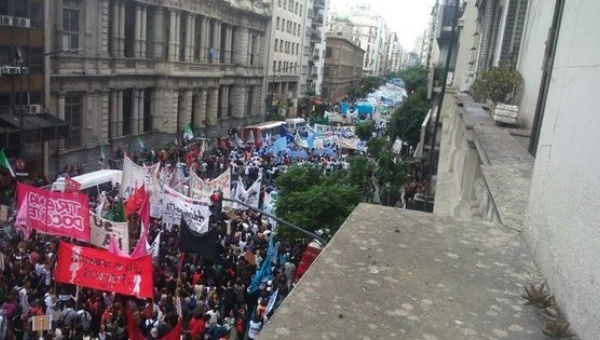 Teachers from public and private schools in Argentina held a national strike on April 4, their first since Mauricio Macri became president in December, to protest the government’s failure to comply with agreements reached with teachers’ unions in February regarding salaries and working  conditions.

The demonstrators gathered early in the morning and marched to the Ministry of Education in Buenos Aires. Across the country, college professors from all national universities joined the strike to demand the government begin salary negotiations and talks on other work-related issues. The Education Workers’ Confederation and the Union of Private School Teachers, the unions that bring together elementary and high school teachers in Argentina, also protested against massive layoffs in the public sector. María Laura Torre, secretary of the Education Workers’ Confederation, said that the observance of the national strike was very high and that the call had proved very successful. The 24-hour strike also called on the government to continue investigations into the 2007 killing of Carlos Fuentealba, a chemistry professor.

“Teaches from across the ountry will strike and we will rally this April 4 in light of the lack of compliance by the government regarding agreements already signed, against impunity in Carlos Fuentealba’s case and to reject the criminalization of social protest,” the Confederation of Education Sector Workers of Argentina said in a statement. 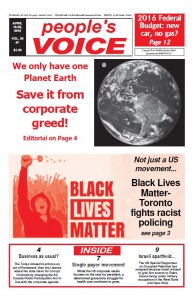